We are joining Neighborhood Watch

The Academy Neighborhood Association is becoming an official member of the Erie Council of Neighborhood Watch Groups. At the last meeting, June 20th, the members voted 5-0 to inform the Council that we wanted to join their coalition.

Basically, the decision puts us "on the map" in a figurative and literal sense. We will now be recognized as an official group by the Erie Council, which is recognized and supported   by various government agencies. We will also be placed on the official map of neighborhood watch groups, which can be viewed at the Erie Neighborhood Watch Council site.

The ENWC is currently undergoing a leadership change. From what I read in this article in the Erie Times-News the council's leaders are looking to work with groups to help with neighborhood development projects - a perfect fit for our organization!

I had emailed the previous head of the council with our intentions, but I didn't realize she was on her way out the door. So I'll be calling the council's office Monday morning to let them know basically that we exist.

This brings up the issue of our "map". I have drawn up a much smaller version of the original map of the neighborhood. You can see it in the shaded green areas below. Please know that this map is flexible. If you have a strong reason for changing one of the areas or expanding or contracting the map please let me know or attend one of our meetings. 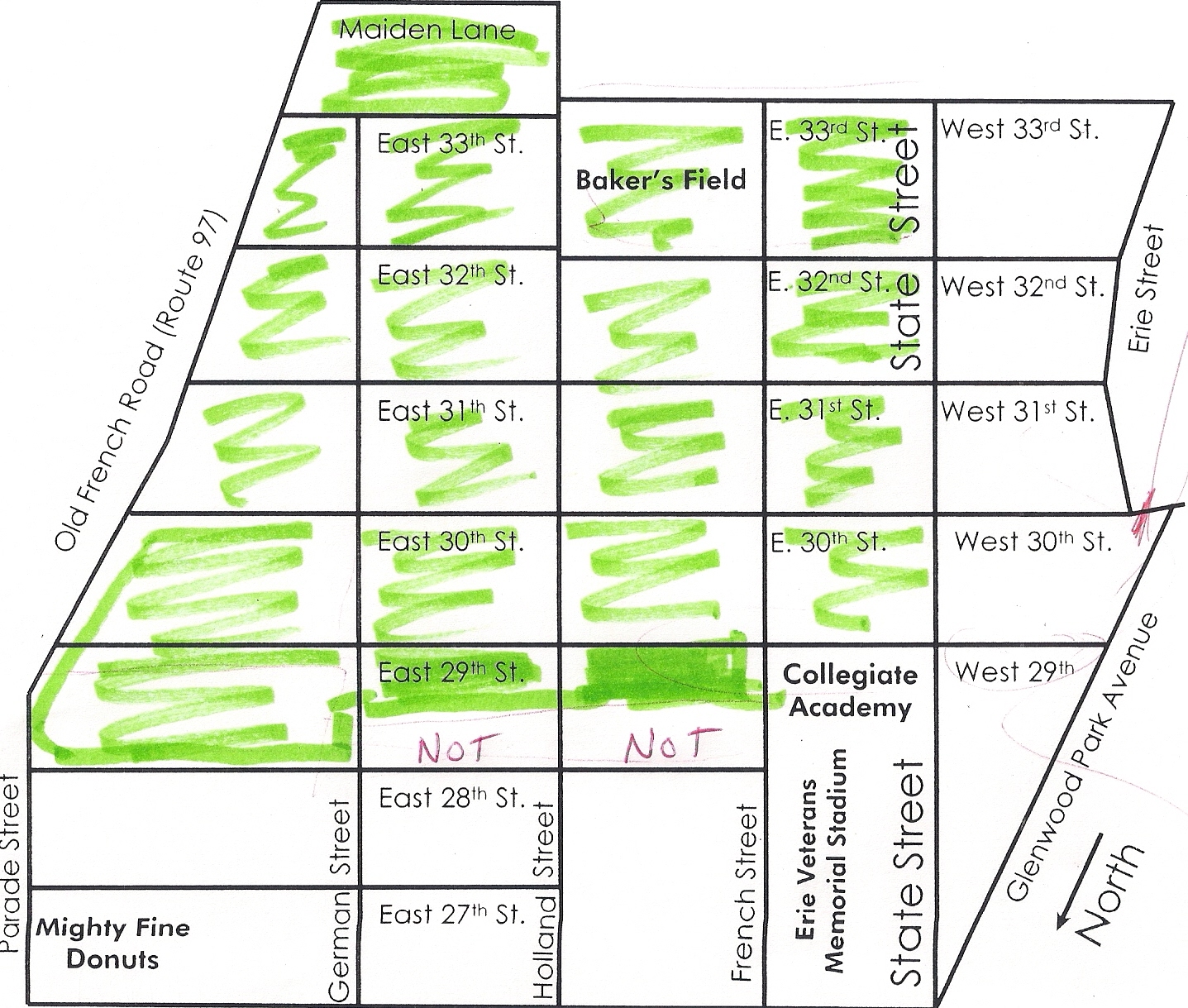 Every home on this map (the entire white area) has received, twice, information about the Academy Neighborhood Association. I drew up the smaller area highlighted in green based on the following:
1. Homes of people who have attended meetings.
2. Homes of people who contacted the Association about participating in the neighborhood yard sale.
3. Discussions about the neighborhood that took place at our two meetings.
4. There is another neighborhood watch group on East 28th and East 27th. It is a small group called the Brickyard Neighborhood Watch. I have contacted the woman who is organizing the Brickyard group and I think we can work very closely with her and her group.

As always, the map is subject to change, with your input.

Posted by Academy Neighborhood Association: Bob Hand at 10:17 AM