Getting Our Name Out There

Our flower boxes on State Street were one of the first places where you could see the words Academy Neighborhood in a highly visible area. But you can't just put flowers in the median of a busy street! We had to work with the City of Erie for an easement that allows the planters to be placed on public property. We had to raise money (thanks Neighborhood Resource Organization!) to purchase the planters and plants. Additionally, we had to purchase insurance for the planters.
This top picture is from June of 2016 when the planters were first placed at the intersections of 30th, 31st, 32nd, and State. The rest were taken in the intervening years and the bottom photo is from 2020. 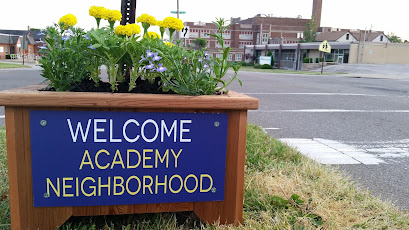 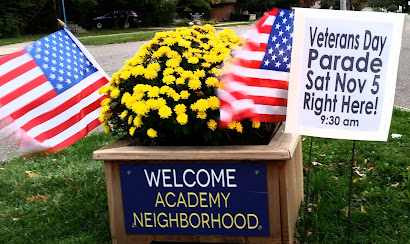 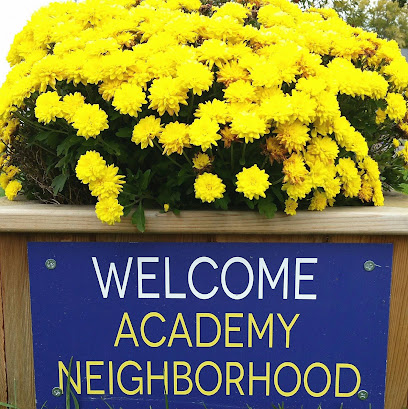 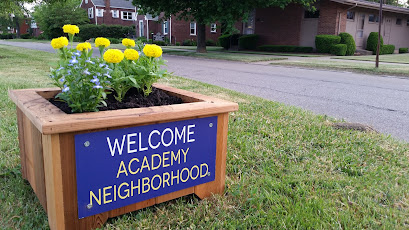 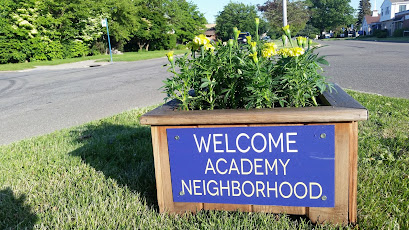 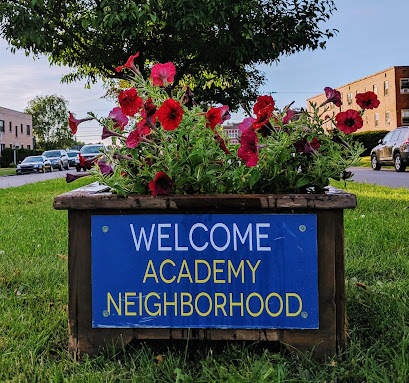 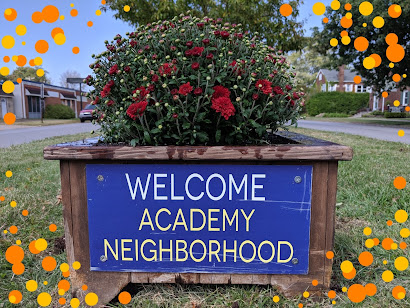 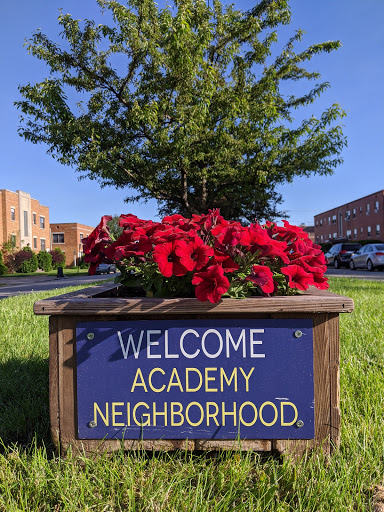 As you can see from the pictures the boxes are starting to show some wear after five years in the elements.
Background:
Neighborhood resident and volunteer Michelle Totelben is the person who worked with Erie City Council and the City Solicitor's Office to finalize the agreement. We thank her for navigating the bureaucracy.
Here are scanned copies of all of the paperwork. 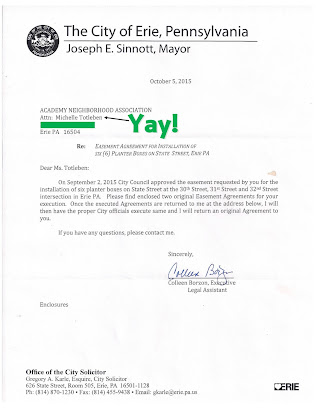 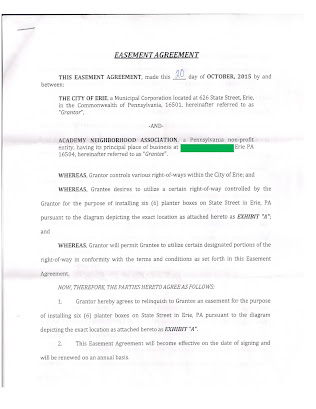 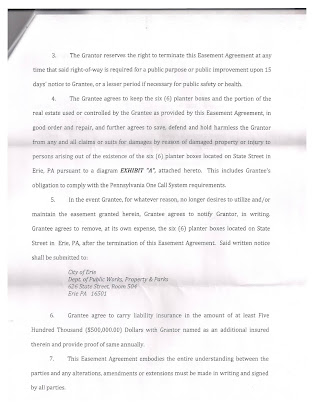 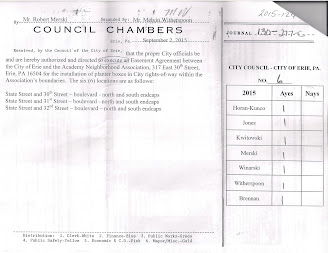 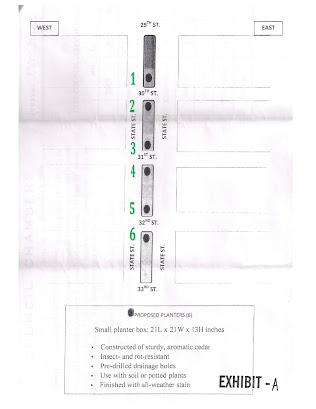 All of this paperwork isn't terribly exciting, but as you can see, we actually have permission to place six planters along State Street, although up until now we have only had three. I added the green numbers for clarity. They show that we could place planter boxes on the north and south medians of E. 30th and State (#1 and #2), the north and south medians of E. 31st and State (#3 and #4), and the north and south medians of E. 32nd and State (#5 and #6).
In the City of Erie Master Plan for the Academy and Marvintown Neighborhoods, neighborhood gateway improvements are specifically mentioned (page 42), with the State Street corridor mentioned as one site for gateway improvements.
Possible improvements include:
1. Utilizing all six sites.
2. Larger, more permanent planters.
3. Clearer Academy Neighborhood logos.
4. Possible sponsorship by businesses or organizations along State Street.
5. Maintenance free or minimal maintenance plants requiring little watering.
Take it from the guy who has watered the plants there for the last five summers, number five is an important one.
You can be a part of these improvements!
We are now forming a State Street Gateway Improvement Committee - please think about joining. Just fill out this form and you will be contacted by a volunteer. Thank you!
Click here for the form
Posted by Academy Neighborhood Association: Bob Hand at 12:43 PM No comments: