Yes We Can: Getting Rid of Garbage at Baker Field

For those who don't know, Baker Field (often called Baker's Field) is a grassy field in our neighborhood on Holland Street, between East 32nd and 33rd Streets. The field is owned by the Erie School District. The district has been hard pressed in recent years to maintain or update the space. 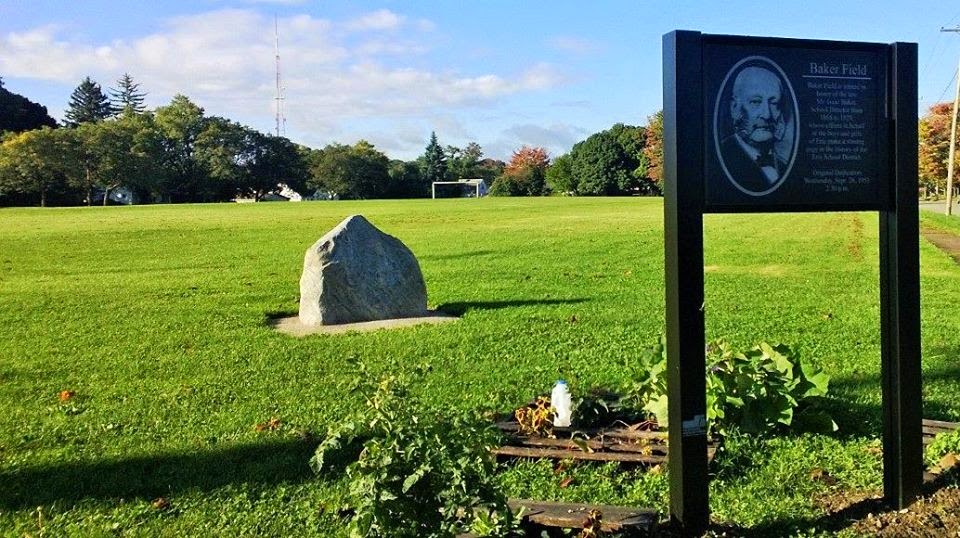 In our survey of people living near Baker Field 86% of people said they would like to see garbage and recycling cans placed at the field, and more importantly they want to see the cans emptied on a regular basis. Additionally, several survey respondents mentioned trash and garbage accumulation as one of their primary concerns about the site.

In order to address this situation, our neighborhood association contacted the City of Erie in late August of 2014.  Early in September the city dropped off six 55 gallon drums and one recycling can with the understanding that the association would coordinate or somehow arrange for the emptying of the cans. Thank you again to Brenda Sandberg and anyone else who was involved in the delivery of the cans. 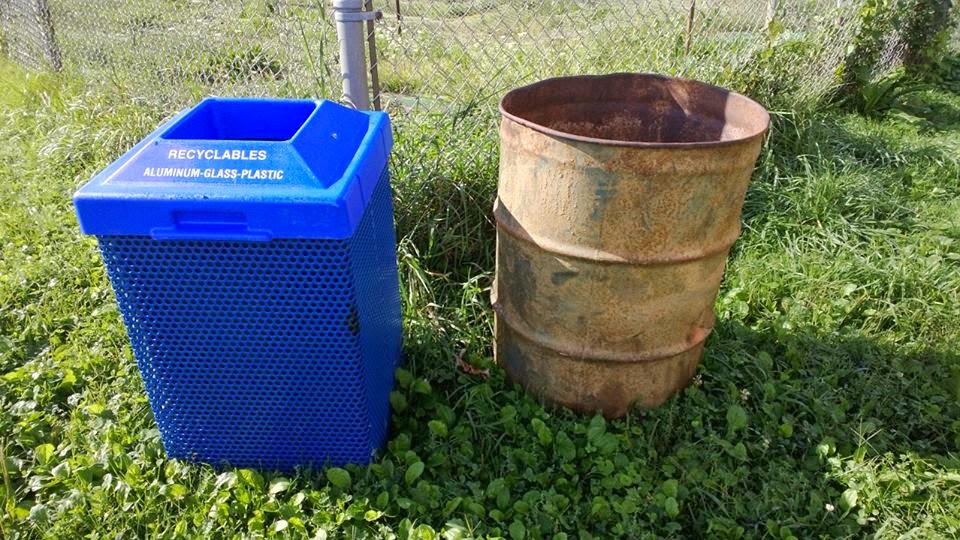 The cans sat, occasionally being emptied by me or other neighbors, occasionally collecting gross amounts of soggy trash. Either way, it was better than the garbage blowing around the neighborhood.

Then, one day in October, four of the cans disappeared. I have a few theories as to what happened.

1. They were stolen. 55 gallon drums scan be sold for 5 to 10 dollars, making a quick, but small, profit for someone. I list this theory as probable.

2. Someone at some level of government (the city or school district?) considered the cans garbage themselves and got rid of them. I list this theory as possible but unlikely.

3. Someone in the neighborhood stuck the cans in their garage or storage space for the winter. I will call this theory preferable.

Because I was concerned about the safety of the remaining two cans, I transported them to the Academy Neighborhood Garbage Can Rehabilitation Facility, also known as my back porch. Here I painted and rehabbed the cans inside and out with two coats of Rustoleum. The cans were also painted with the academyneighbors.org stencil. I'll do some touch-ups in the spring. 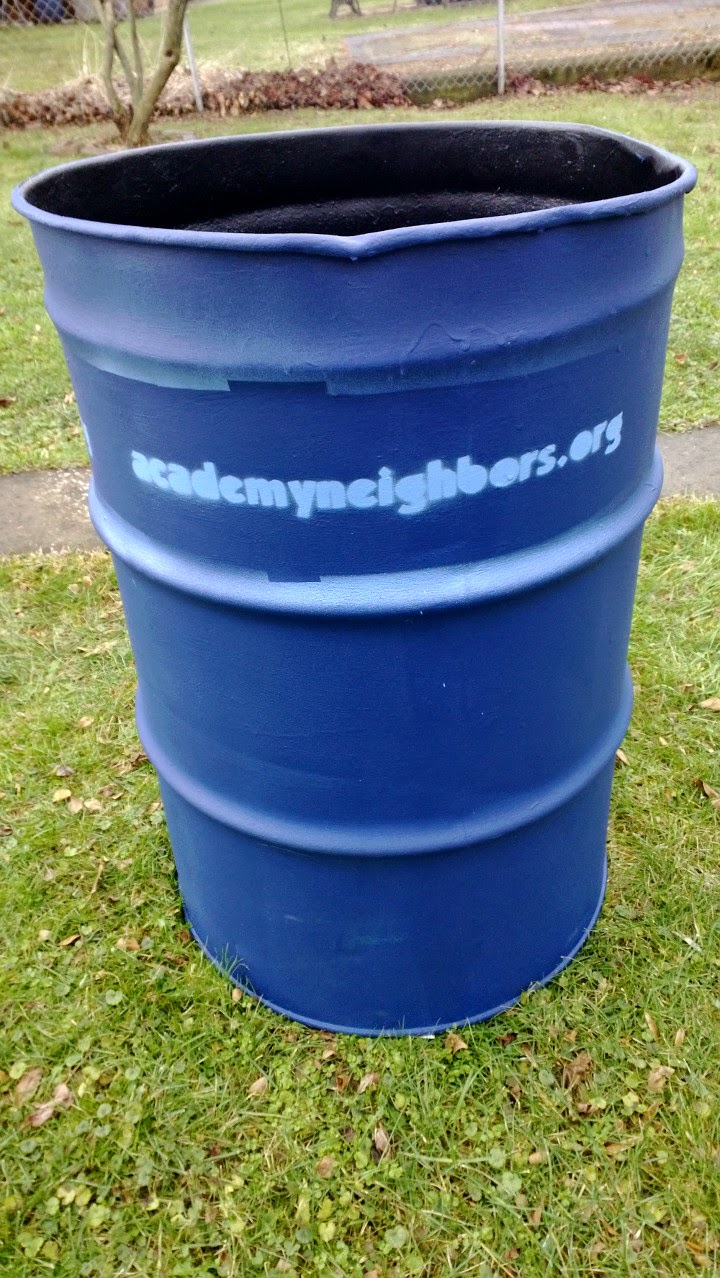 As for the future of the cans and garbage disposal at Baker Field, we need to work together on a few issues.

1. Deciding the best, permanent placement for the cans at Baker Field.
2. Working with our neighbors who live on the perimeter of the field to develop a plan to regularly empty the cans.
3. Working to find money or donations to ensure there is a regular supply of 55 gallon drum liners. Valu Home Center sells them.

I look forward to hearing from people willing to help.

Posted by Academy Neighborhood Association: Bob Hand at 8:35 AM