This park is a gem in the heart of the Gem City. We're very fortunate in our neighborhood to be so close to this well maintained park. The park is the stepping off point for the annual Veteran's Day Parade in Erie and it is also host to a remembrance ceremony every Memorial Day. There are four memorials at the park: 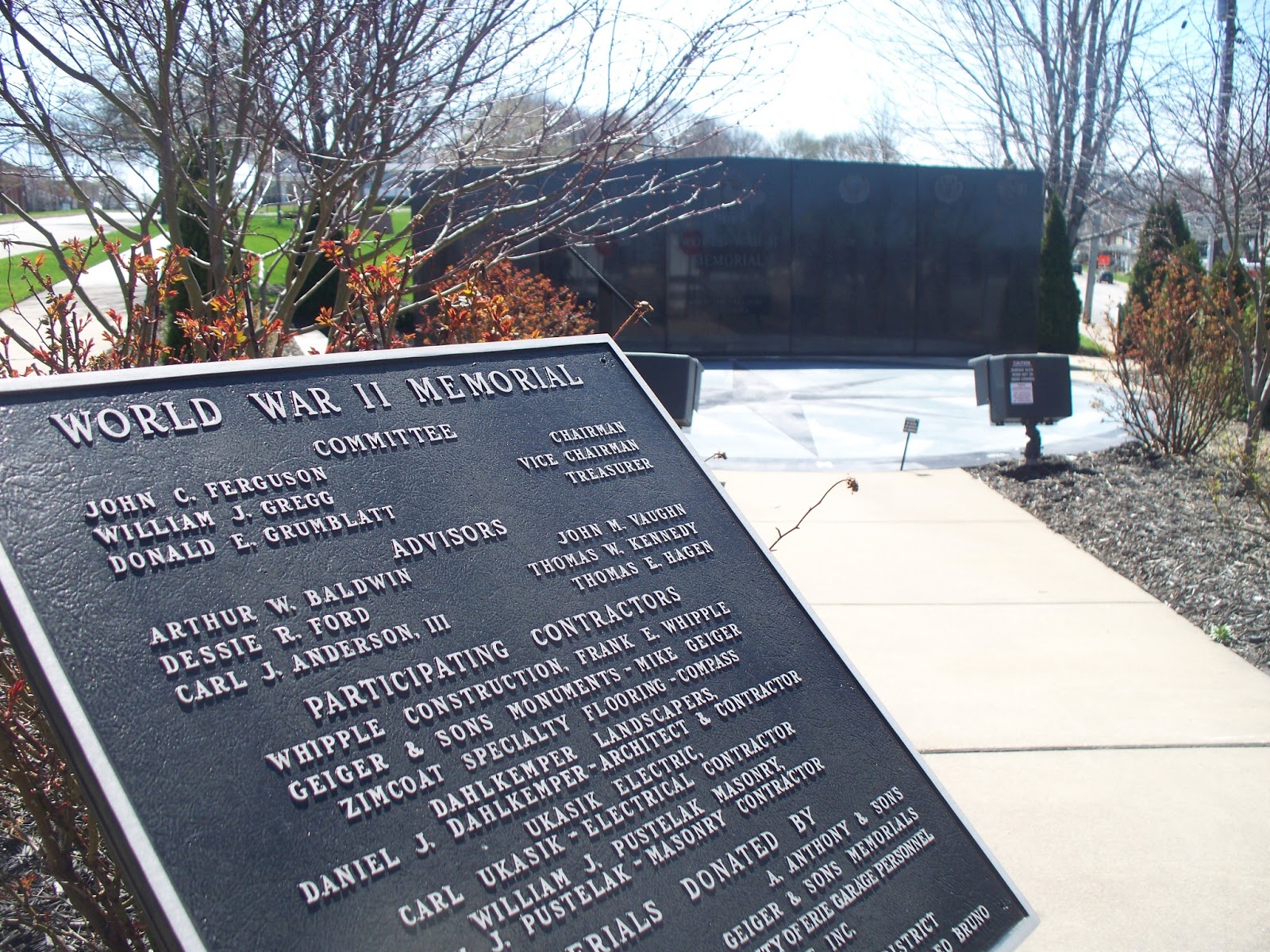 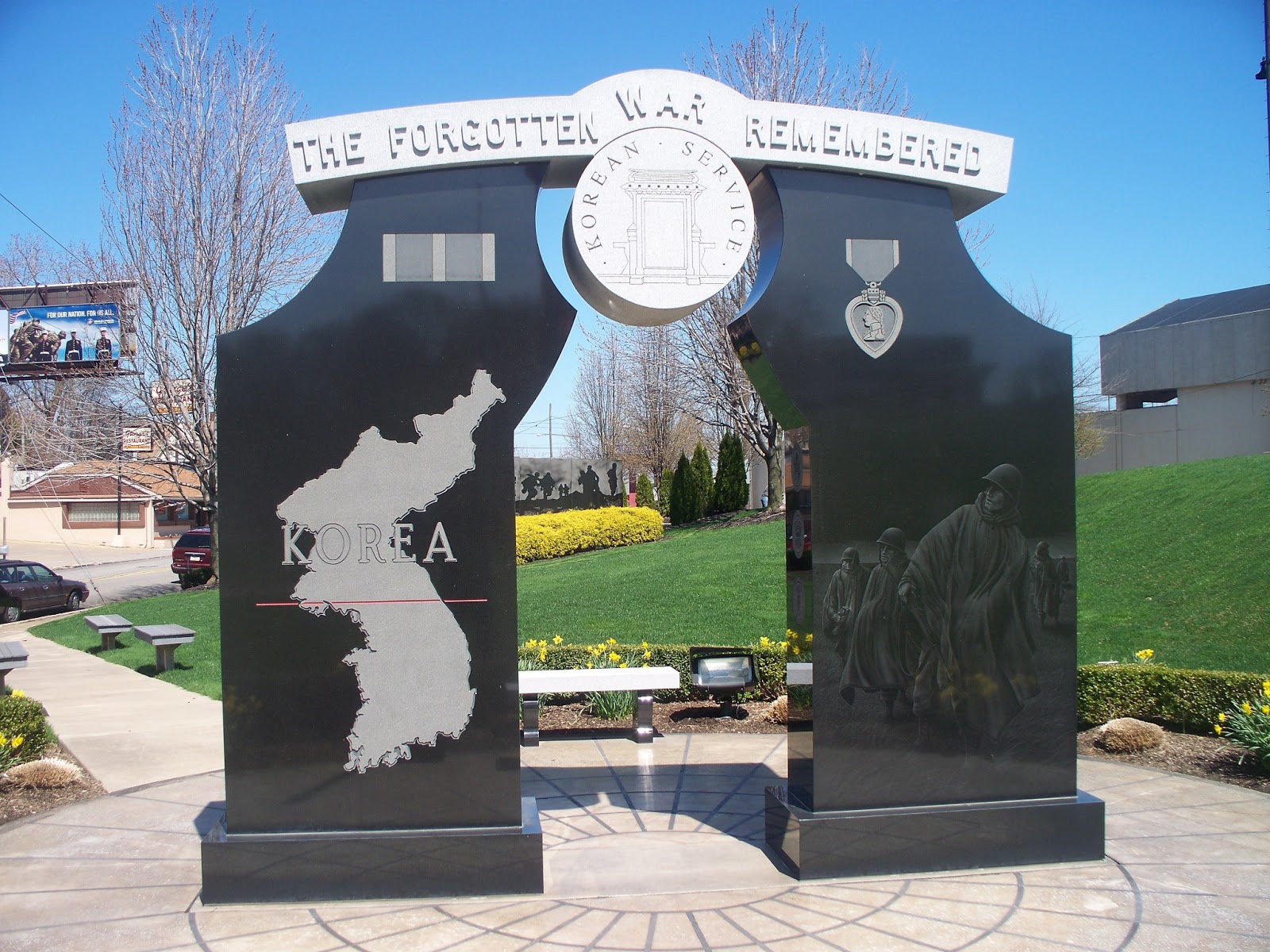 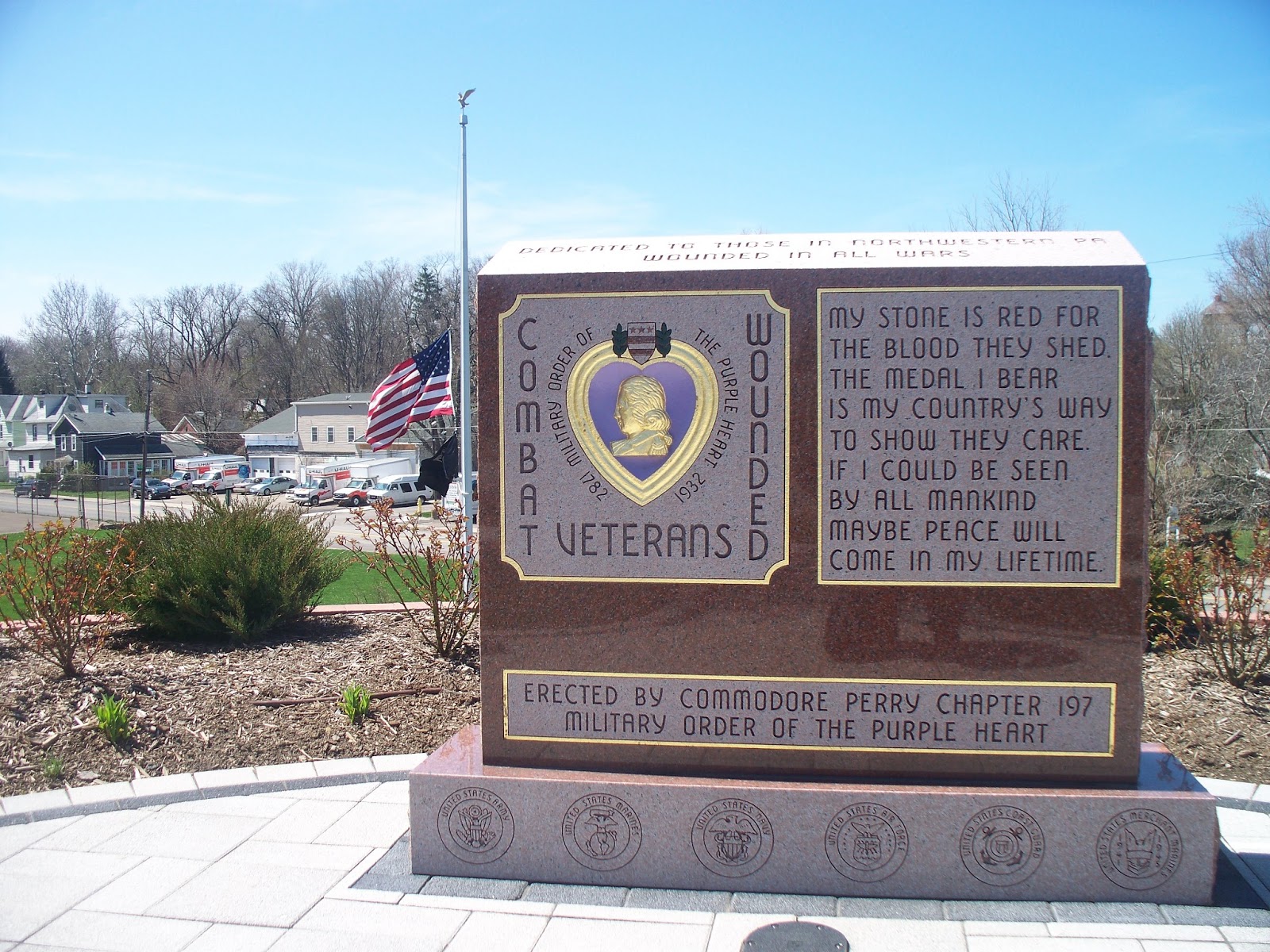 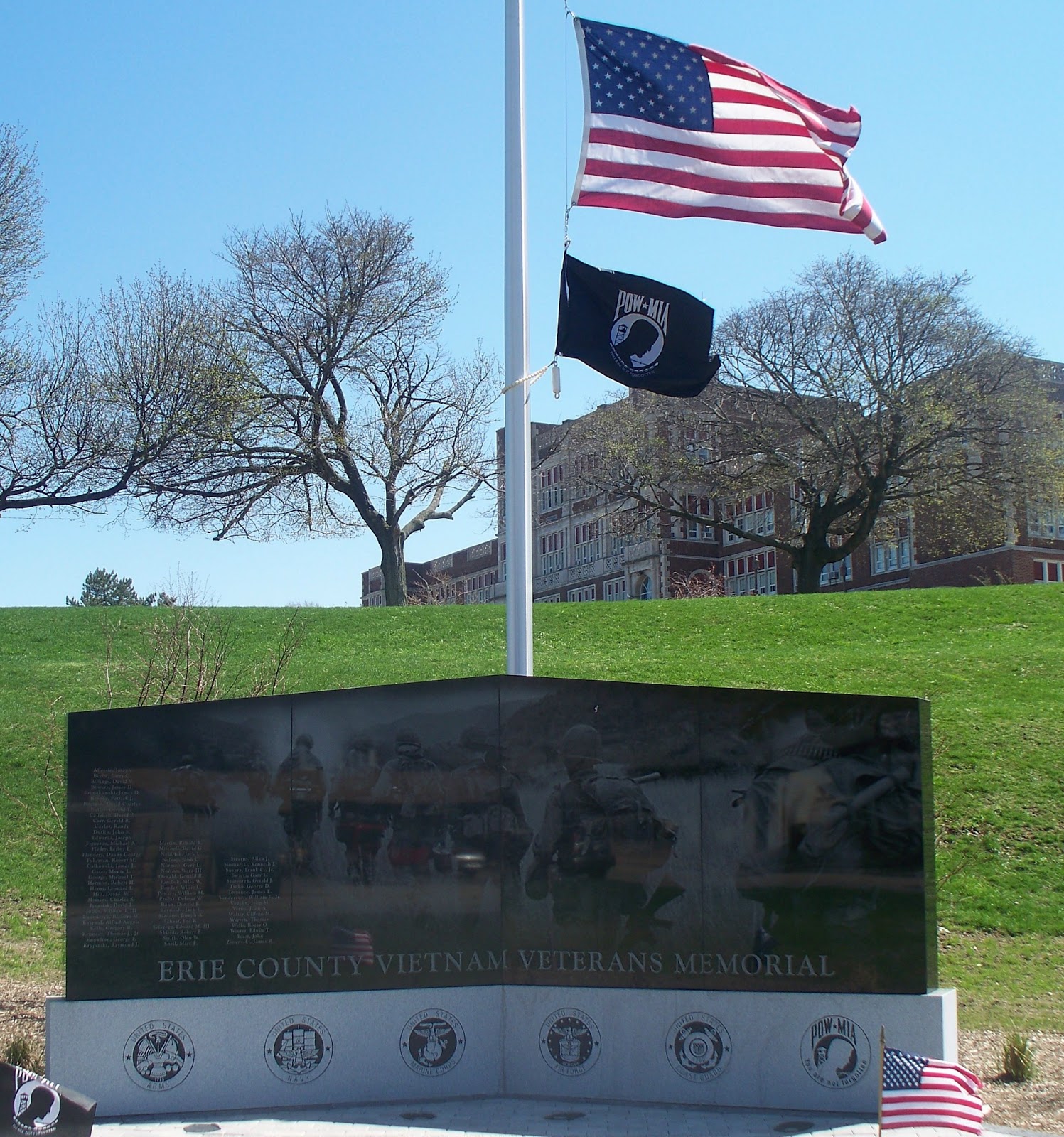 These pictures were taken in spring - the park looks even better now that the trees have greened and there are flowers planted.

Early one Sunday morning I was walking near the park. I introduced myself to the man I saw working on the landscaping. His name is Tim Ferguson and he gave me some background on the park's origins. He said his father and some others worked to establish the park and that he basically volunteers his time as often as possible to maintain and improve the park. I remembered that I had cut out a clipping about the park from Kevin Cuneo's column in the Erie Times News a few months ago. It took a little digging but I found the clipping. Sorry, I don't remember the date it was published. 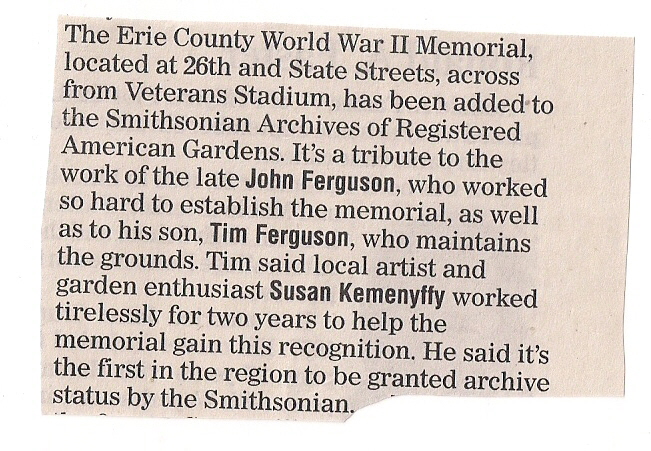 The next time you have an opportunity take some time to walk the grounds and read the names on the memorials. The park really is a special place and we are lucky to have it near our neighborhood.